How To Reinvent Your Career

A while ago, some good friends organized for us to go and see Gary Puckett and The Union Gap at a club in Cammeray.  Now that was a blast from the past!  Who remembers Gary Puckett and his hit song, “Young Girl?”

To jog your memory, here’s a link to his 1968 performance of Young Girl which made it to No. 1 in the UK singles chart and No. 2 in the US Billboard Hot 100. 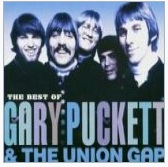 What has this got to do with Reinventing Your Career?  Well, I was so impressed with 68-year-old Gary Puckett’s energy, enthusiasm, vocal ability and fitness on stage as well as his obvious enjoyment of his performance.  I was impressed that he seemed to love what he was doing.   It made me think about what we could do with our careers moving forward, how to maintain that passion.

Some of my clients who were affected by the Global Financial Crisis and experienced redundancies in 2008 and 2009 decided to make a complete overhaul of their careers and, after careful analysis and planning, moved into new and exciting career directions with great success.

Watching Gary Puckett last Friday, he demonstrated that we don’t have to make a huge change in direction to be fulfilled in our careers.  A slight realignment in the way we approach our work could give us a great deal of satisfaction.  If we are good at what we do, do we have to make a massive change in order to find fulfillment moving forward?

It’s a matter of loving what we do, continuing to feel the passion and ensuring that we stay up to date with the current ways of approaching our profession.   The staging and lighting of Gary’s show was spot on, the technology worked perfectly, his easy banter and up to date comments when delivering his jokes made him totally relevant in 2010 despite having been a popular singer way back in the 1960’s.

He mixed up his performance with songs from other musicians such as The Beatles and Elvis – he gave us variety, a new take on old standards.  We went down memory lane with an updated twist.  I had fun  –  he had fun  – the audience (and there were a mixture of generations) had fun.  That’s what it’s all about.

There was a gentleman who joined our table that night whom I had not met before, who was not so open to new directions and ways of doing things.  We chatted and I asked him what was his profession.  He said he was an immigration lawyer who had enjoyed a very successful career in the 1980’s and 1990’s in Australia.

However, after 9/11 and the changes in immigration requirements his business took a downturn.  He said he hung on for a long as he could but he no longer has a viable business.

He said he was too old to make a change now.  I asked him how old he was and he said he was 50.  That’s not too old! (I was loathe to tell him I am older than he!)  I suggested that he still has a good 30 years of life to reinvent himself or adapt to new circumstances.  His response was that it was too hard for him change as he is against new technology and the new ways of doing things.

He has refused to learn how to use the Internet and relies on his children regarding technology.  He remains a firm believer in getting his information from books and print newspapers, never the Internet, and likes things they way they were.  He did not want to change or adapt.   He did not see how he could be successful in his career moving forward and appeared fearful.  There was much negativity.

Needless to say this was not a light and pleasant conversation just prior to Gary Puckett’s show kicking off but it did highlight to me how attitude guides the potential for success.

Then last night my husband and I went to see “Social Network” (the story of Facebook.)  What an inspiring film.  Within 6 years, this concept, this spark of inspiration from Mark Zuckerberg has grown into a phenomenon, a regular part of life for over 500 million users worldwide personally and professionally.

I admire and am inspired by those who look for a different, a unique way of doing things.    We must stay open to change, embrace it and understand it for success.  Or we get left behind.

What is your attitude towards change, new technologies and new trends?   How are you keeping ahead of the curve?  If your attitude has contributed to your success or has held you back in any way, let’s hear about it.