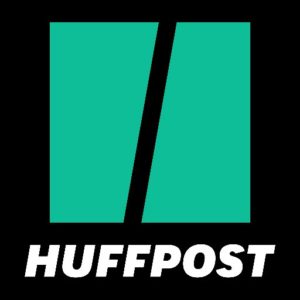 How To Write A Cover Letter

“A well-written cover letter could be the difference between an interview or a rejection.

Job applications can be stressful and it’s often difficult to decide what you should or shouldn’t include in your application.

But if you want to prove to a new employer that you’re the ideal candidate for a job, it’s a good idea to include a cover letter (and an absolute must if the job ad requires one).

According to career management coach Jane Jackson, while they might be a pain to write, cover letters are important because they give you the opportunity to show a bit of personality while highlighting information contained in your CV that you believe makes you an ideal employee.

Jackson told HuffPost Australia that it’s important to take the time to carefully craft your cover letter so it shows a hiring manager who you are and why you’re the candidate they’ve been looking for.

What should you have in your cover letter?

How you format your cover letter is just as important as the information it contains. A good cover letter should use size 10 or 11 point font and fit neatly on a single page. When applying for a position, don’t be shy — use the stalking research skills you’ve developed over the years to find out who will be reviewing your application.

“Make sure you find out the name of the person to who it is addressed,” Jackson said.

“Don’t put ‘To Whom It May Concern’… do a bit of research and get a name, because it makes such a difference and it shows that you care.

“If you mention their name it’s just that little bit of [a] personal touch that makes it better.”

Before diving into it, Jackson also recommends clearly stating the position you’re applying for, where and when it was advertised and the reference number (if applicable).

A good cover letter will usually contain four paragraphs, the first of which should grab the attention of the reader and provide an explanation as to why you’re writing to the employer. In the second paragraph, Jackson recommends linking your relevant experience to the advertisement.

Following on from this, it’s important that in your third paragraph you relate yourself to the company or group you’re hoping to work with. Don’t hold back — tell the reader what you can offer and the difference you believe you can make to the organisation. A good tip for nailing this section of your cover letter is to research the position you’re applying for as well as the company.”